The Encore Brethren Is A Team Of 3 Android Brothers From Encore 7 and are the Main Protagonist Of The Entire Encore Brothers Video Game Series. The Encore Brethren Received A Fourth Member Known as Lloyd Serra Rivera that was considered to be half Human and Half Android after they Teamed Up and Saved His Little Sister Isabella Garcia Saphrio. The Team After The Crash Of 2004 Later renamed them selfs Team Encore Due To the fact of them Having 4 Members now instead of 3 like back in 1984.

H.H.R. A.K.A Harris Hail RyerIs the Leader of The Encore Brethren, That Is Later Known As Encore Brothers. Despite Being A Leader He Mostly Has the Potential of Being The Laziest Of All the 3 Androids Including H.C.R. A.K.A Horan Cord Ryer.

Y.H.R. A.K.A Yara Horder Ryer In Earth Name Is the Youngest of the Encore Brethren, and Would Appear to be The Smartest Out of the Rest of His Fellow Android Brothers, He is considered to be the Teams Highly Technical Being Due To The Intense Power That Surges From Within.

H.C.R. Also Known As Horan Cord Ryer Is About The Second Oldest In The Encore Brethren. He is The Only Android Among his Brothers Who was never Manufactured With A Jetpack, for he was Manufactured With A P.D.P. A.K.A Proton Destruction Pack Instead. 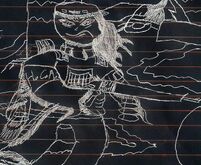 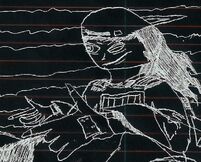