The Dorg Massacre took place after the Continental's destruction Of Ranhora City On Planet Tora, In an attempt to destroy the Quarora's in order to avenge Jade Tora Rivera In Blood. The Village of Dorg remained abandoned and was left in nothing but ruins after the Continental's Invaded and wiped out the village destroying everything and everyone in there sights, only a grand total of 4 Villagers were willing to defend against the Raged Monster Europe but were killed in the process. The Citizens who have fled the village were pursued and wiped out. Loran Quanar has long seeked revenge on all of Europe after their genocidal Invasion of their home and the death of all of her Older Sisters and parents.

Villagers flee into The Woods[] 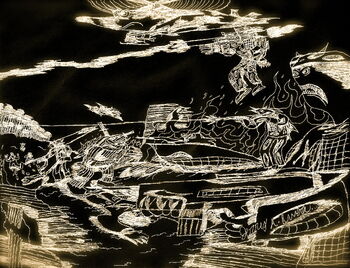 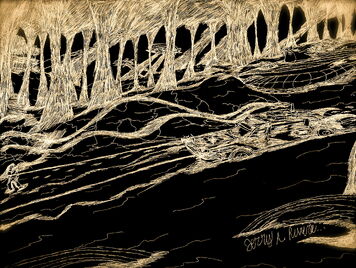